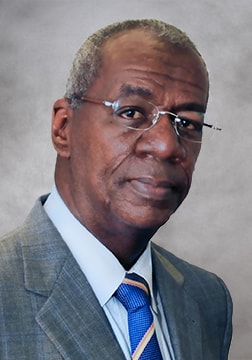 Mr. Morton received a bachelor’s degree in Political Science from Rollins College in Winter Park, Florida. In 1975, he received his law degree from the University Of Florida Fredric G. Levin College of Law in Gainesville, Florida. He was admitted to the Florida Bar in 1975.

During his career as a prosecutor, he frequently lectured for the Florida Prosecuting Attorneys Association (FPAA) as well as for other state prosecuting attorneys organizations. He has also lectured for the National District Attorneys Association (NDAA) on a variety of topics. Mr. Morton received the NDAA’s Lecturer of Merit Award in 1994 and 2006.

On numerous occasions, he served as an invited faculty member for the NDAA at the National Advocacy Center (NAC) in Columbia, South Carolina and as a faculty member in many trial advocacy programs sponsored by the National Institute for Trial Advocacy (NITA). Mr. Morton has been a longstanding adjunct law professor at Nova Southeastern University School Of Law teaching courses in trial advocacy skills; he also assists the university’s full-time faculty with the law school’s Criminal Justice Clinic. The law school honored him as its first “Adjunct Professor of the Year in Lawyering Skills Courses” during the 2007-2008 academic calendar year.

The Criminal Law Section of the Florida Bar honored Mr. Morton with the 2014 Selig I. Goldin Memorial Award for his outstanding contributions to Florida’s criminal justice system. During his prosecuting career, the National Black Prosecutors Association (NBPA) honored his achievements by naming its South Florida Chapter in his name. Mr. Morton is currently appointed to serve on the “Vision 2016 Commission” for the Florida Bar.