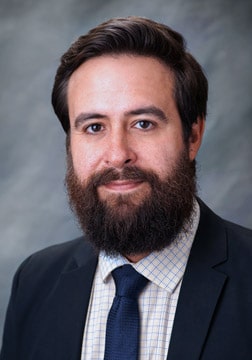 Christopher D. Pagán is an associate with Keller Landsberg PA focusing primarily on commercial property claims and insurance coverage matters. Prior to joining Keller Landsberg PA, Mr. Pagán worked in Miami law firms representing a wide-range of clients in civil litigation and criminal defense, handling cases involving RICO statutes, narcotics trafficking, fraud, and arson, as well as serving as a staff attorney with an insurance firm where he developed litigation strategies. Mr. Pagán has also worked as a prosecutor with the Miami-Dade State Attorney’s Office during which he handled everything from probation violation hearings to felony jury trials, gaining insight in negotiation strategies and developing investigative skills.

Mr. Pagán is a 2010 graduate of the Syracuse University, College of Law in New York where he received his Juris Doctor degree. While attending law school, he was a Thomas Tang Moot Court Teach Coach (2009) and Lead Orator (2008), and made the Dean’s List in 2008 and 2009. Mr. Pagán graduated in 2006 from Florida State University with a Bachelor’s Degree in Criminology and Criminal Justice and a minor in Psychology.

He was admitted to the Florida Bar in 2011 and to the United States District Court, Southern District of Florida.