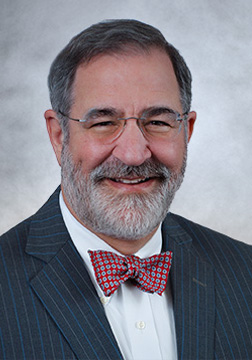 The Best Lawyers in America®
Legal Malpractice Law—Defendants
(Since 2008)

David Keller is passionate about defending the reputations of lawyers and law firms. For over 20 years, he has devoted a substantial portion of his practice to defending lawyers and law firms in legal malpractice cases, counseling law firms on risk management issues, and defending Florida Bar Grievance Complaints.  He often handles “bet-the-law firm” cases, and is frequently engaged to defend some of the largest law firms in the country.  Recent cases include five trials, four of which he took over from other counsel after years of litigation, as he has done frequently throughout his career.  Mr. Keller also has extensive experience with general commercial and insurance litigation, including business disputes, defamation, and commercial tort claims, insurance coverage and declaratory judgment cases, business property insurance claims, arson, fraud, and bad faith claims. In recent years he has also been called on to review and testify regarding fee applications as an expert witness, and to review extensive fee submissions from outside counsel for compliance with corporate client billing guidelines and The Florida Bar Rules of Professional Conduct.  In addition to his long-time defense practice, he has successfully handled a number of personal injury plaintiff claims and suits, securing several substantial jury verdicts and settlements for injured parties, including one for over $3 million. Although not a certified mediator, he has also been called on to mediate several lawyer professional liability, insurance-related and commercial cases.

Mr. Keller has tried more than 50 cases to jury verdict and handled numerous non-jury trials, significant arbitrations, and appeals in both state and federal courts and before the American Arbitration Association. He completed two four-year terms on the Seventeenth Circuit Judicial Nominating Commission and served as Chair of the JNC (2016-2017) following his nomination by the Florida Bar and successive appointments by Governor Rick Scott.  In July 2018 he was appointed to the Judicial Nominating Commission for the Fourth District Court of Appeal.

Mr. Keller has been elected to membership in the Federation of Defense & Corporate Counsel, and the American Board of Trial Advocates, and maintains membership in the Defense Research Institute, and the Florida Defense Lawyers Association. Mr. Keller was named Trial Attorney of the Year for 2016 by the Fort Lauderdale Chapter of the American Board of Trial Advocates. He served in the American Bar Association House of Delegates from 1990-1992 and 2002-2006 and has served the Florida Bar and local bar associations in various capacities, including as President of the Fort Lauderdale Chapter of ABOTA (2009), President of the Broward County Bar Young Lawyers Section, President of the Broward County Federal Bar Association (1997-1998), Chairman of a local Grievance Committee, member of The Florida Bar Young Lawyers Division Board of Governors, and on The Florida Bar Civil Rules Committee. He has also served as a member of the Board of Directors of The Harmonie Group, a national affiliation of leading commercial defense firms.

Mr. Keller co-authored (with Michael Krueger) Update on Cumis Counsel, Florida and Other Selected Perspectives, FDCC Quarterly 3 (Spring, 2006), and has lectured to professional groups, law firms, and insurers on insurance matters, legal malpractice developments, risk management and prevention, and on demonstrative evidence and email and electronic discovery issues. Mr. Keller has been an AV-rated lawyer with Martindale-Hubbell since 1992. He has also been listed in The Best Lawyers in America® for Legal Malpractice Law—Defendants since 2008, has been listed as a Top Lawyer by the South Florida Legal Guide since 2006, and as a Florida Super Lawyer.

Mr. Keller is an instrument-rated pilot who operates his own aircraft for business and pleasure. He served as President of Temple Beth Israel from 2005-2007. He received his B.A. in History with honors from Florida Atlantic University in 1976, and his J.D. from the University of Florida in 1979.